Warren Meyers AKA ’Soulshaker’ (www.soulshakermusic.com) has been recognised as being a successful writer and producer within the global music scene for over 20 Years. Warren is firmly established as being one of the hottest writing, production and remix outfits in the world of house music and has become one of the ‘go to’ names if artists want a surefire hit production or remix for their project.       Soulshaker’s most recent accolade to really shout about was their recent #1 Billboard Dance Chart Hit in the US with their Deborah Cox single ‘Let The World Be Ours Tonight’ which he wrote and produced in 2017.

Aside from this, Warren has enjoyed over 30 original Soulshaker releases entering the top 10 and many #1s of the UK’s Music Week Upfront Club Chart and or Commercial Pop Chart in the last two years alone, which is more than any other UK artist, and literally dozens of remixes for both the key independents and major labels alike.

Warren is a highly experienced and sought-after songwriter and producer and is equally at home composing Ballads for Boy Bands or solo artists, through R&B, Pop and into out an out Dance floor anthems (where he excels) and even the cooler end of house music. Warren has been successful in each of these aforementioned genres under various writing and production guises, to include more recently the globally respected Audiofreaks (www.audiofreaksmusic.com).

In 2014 Soulshaker was presented with the ‘Best International Dance Producers Award’ at the Malta Music Awards, which is a 10,000 capacity event shown live across Europe to millions of viewers. Past awards for Soulshaker have already included the prestigious 'MIRA' (Music Industry Recognition Award) in the 'Best Dance Music Producers' category, shortly after winning the 'Best Remix of 2012' for their mix of Lindsay Lohan's 'Bossy' on Universal (US).

Warren Meyers AKA ’Soulshaker’ (www.soulshakermusic.com), is a founding member and co-director of the Galactic Media Group of music-related companies, formed back in 2005 (www.galacticmedia.co.uk), which includes Audiofreaks, Hit Vocals, Go Music Solutions, Galactic Studios, Vineyard Studios and Galactic Music (with Peer Music and Nichion Music and ROBA). 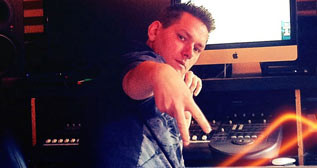